(MURFREESBORO, Ark.) – This month, guests at Arkansas’s Crater of Diamonds State Park are invited to celebrate the park’s golden anniversary on April 22 and 23.

At 4 p.m. on Friday, April 22, retired Executive Director of Parks and Tourism Richard Davies and retired Park Superintendent Jim Cannon will speak on the early days of the park. Immediately following, the park will unveil a new wayside exhibit on the 8.52-carat Esperanza Diamond, discovered at the park in June 2015. Attendees may bring chairs or blankets to sit on during these activities.

On Saturday, April 23, the park will host its 26th Annual Prospector’s Treasure Hunt for painted bottles and rocks hidden throughout the diamond search area, redeemable for a variety of prizes from area businesses. Park staff will also host fun games during the day for visitors of all ages to play. 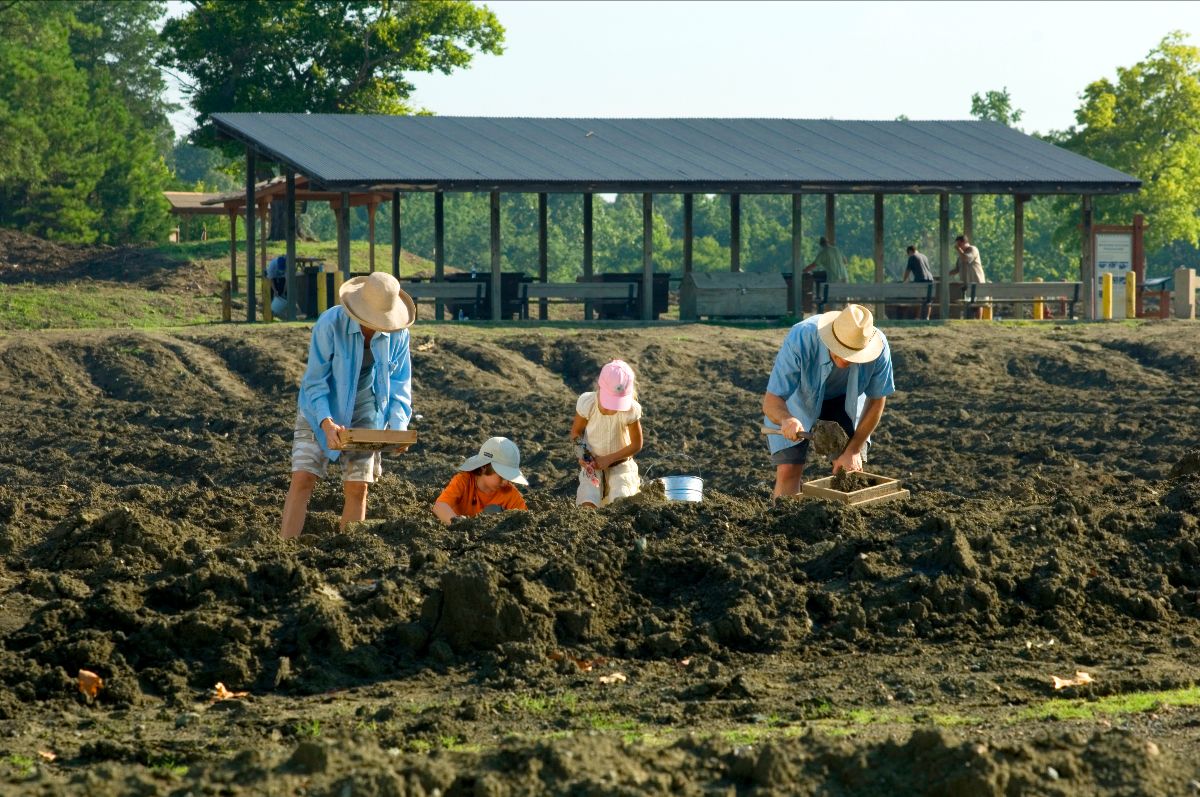 From 10 a.m. to 2 p.m. on Saturday, park guests can meet Crater diamond finders and see dozens of beautiful diamonds during the 14th Annual Famous Crater Diamonds Exhibit in the Diamond Discovery Center classroom. The following exhibitors and collections at this year’s event:

All event activities are free with the purchase of admission to the diamond search area ($10 for ages 13 & up; $6 for ages 6-12; ages 5 & under are free). For more information, contact Crater of Diamonds State Park at 870-285-3113 or email CraterofDiamonds@arkansas.com.

In total, more than 75,000 diamonds have been unearthed at the Crater of Diamonds since the first diamonds were discovered in 1906 by John Huddleston, a farmer who owned the land long before it became an Arkansas State Park in 1972.

About Arkansas Department of Parks, Heritage and Tourism